New surfski world champion Nicky Notten has confirmed his entry for the Dischem Pete Marlin surfski race in East London on 30 and 31 October, saying that he will feel double pressure coming into the event as the defending champion and holder of the global surfski title.

“That makes me the man everyone wants to beat now,” says Notten. “If I was in their position I would feel exactly the same way.”

Notten came away with the 2021 world title in the ICF Ocean Racing World Championship on the island of Lanzarote, a title he is justifiably proud of, and says that retaining his Pete Marlin title will be a significant achievement. 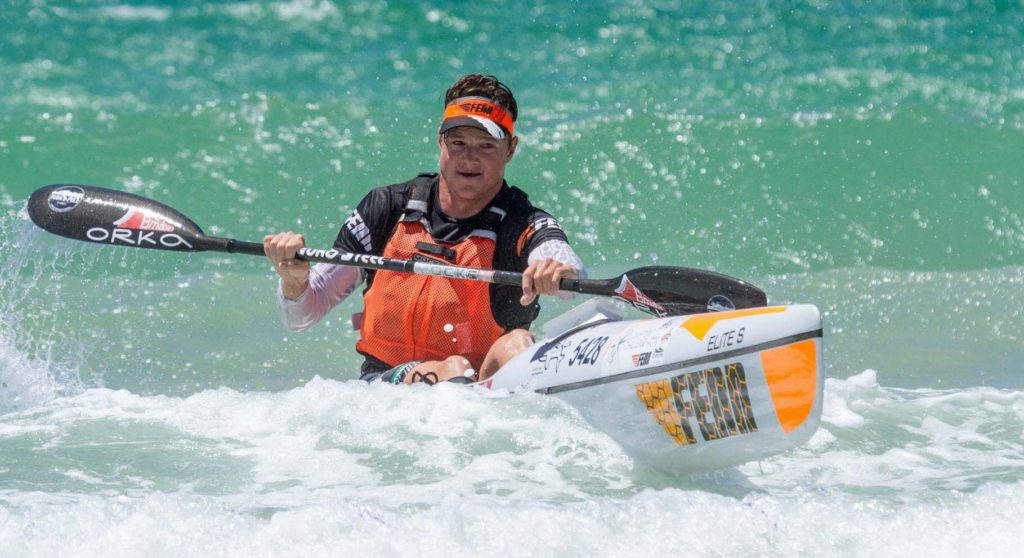 “The field for any major surfski race in South Africa is simply incredible,” said the Fenn/Euro Steel racer. “I was lucky enough to able to get to Lanzarote for the worlds when others from South Africa, Australia and New Zealand could not.

“Winning the Pete Marlin this year will be quite a feat,” he stressed.

Notten has committed to racing both the singles race that he won in 2019, and the doubles race with East London local Andy Birkett.

They will start their competitive spring with the Breede Marathon, and the Fish Marathon before they switch to surfskis for the Pete Marlin at the end of October.

Notten said that he is happy to take control of their surfski challenge as the more experienced ocean paddler.

“In the rivers Andy has so much experience that I am happy to sit behind him, support him and provide the power,” said Notten.

“As someone who comes from a lifesaving background I am happy to take responsibility to sit in the front of the ski and hopefully use my sea experience to allow Andy to relax and provide the power in the back,” he said.

“By the time we get to the Pete Marlin we will have quite a bit of racing under our belt and the combination should gel. We are similar sizes, having similar paddling styles and I think we are similar personalities,” he said.

Notten is a fan of the Pete Marlin surfski weekend and says the small-town hospitality that the Border paddlers deliver every year in the city of East London sets it apart from many other events.

“It feels like going to visit family,” he said. “The community is so close-knit, the event is superbly organised and they do everything with such flair. The event is great value for money as well.”

“East London is so well set up with course options, so that, whether the East or West blows, there are always great course options. It is proper surfski racing, with wind, swell and surf in play, which is what you want.