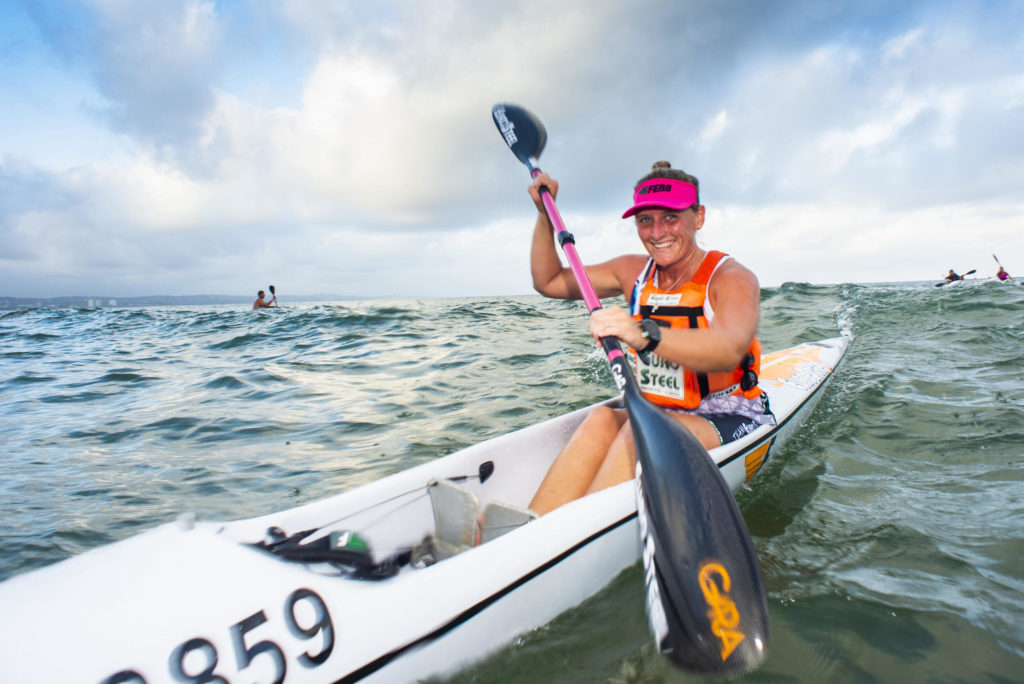 Former age group surfski world champion Jenna Nisbet’s challenge at the 2021 Dischem Pete Marlin surfski race nearly didn’t happen but she has vowed to be back in East London for the two-day event from 30-31 October.

Nisbet is currently in Romania preparing for her K1 and K2 races at the ICF Canoe Marathon World Championships this week before she jets back for the Fish River Canoe Marathon next weekend to end a whirlwind few weeks of racing.

Given the intense build-up to the marathon world title races this week, Nisbet has spent very little time in her surfski and wasn’t planning on making the trip to East London, however the planets aligned on a number of fronts to get the 28 year-old down to the Border event.

“With all the time off I’ve taken for marathons I wasn’t going to race because flights are so limited but then my brother said he was driving down so I could leave after school,” Nisbet said.

“I had originally missed the boat finding a partner for the doubles race but with the matric exam schedule changing due to the elections it meant that Saskia (Hockly) was available to race.

“That wasn’t the original plan but having raced with her in the past it made it a lot easier and we are looking forward to racing.”
Given Nisbet’s absence from surfski racing this year due to marathon training and her recent marriage, she’s not placing big expectations on herself and wants to take in all that the Eastern Cape has to offer.

“I don’t have any expectations for Pete Marlin this year but I don’t go into any race not to win so I will give it my best shot in both the singles and the doubles.

“Pete Marlin has great prize money which is another big incentive to try your best and I will do that but I’m not going to put too much pressure on myself because I haven’t spent much time in the sea.

“It is an absolutely incredible weekend away. East London is an awesome town to go and visit and the organisers from Border Canoe Club put on a great event!

“It’s just an awesome weekend of paddling and it’s a great weekend of being in the company of great people,” Nisbet added.