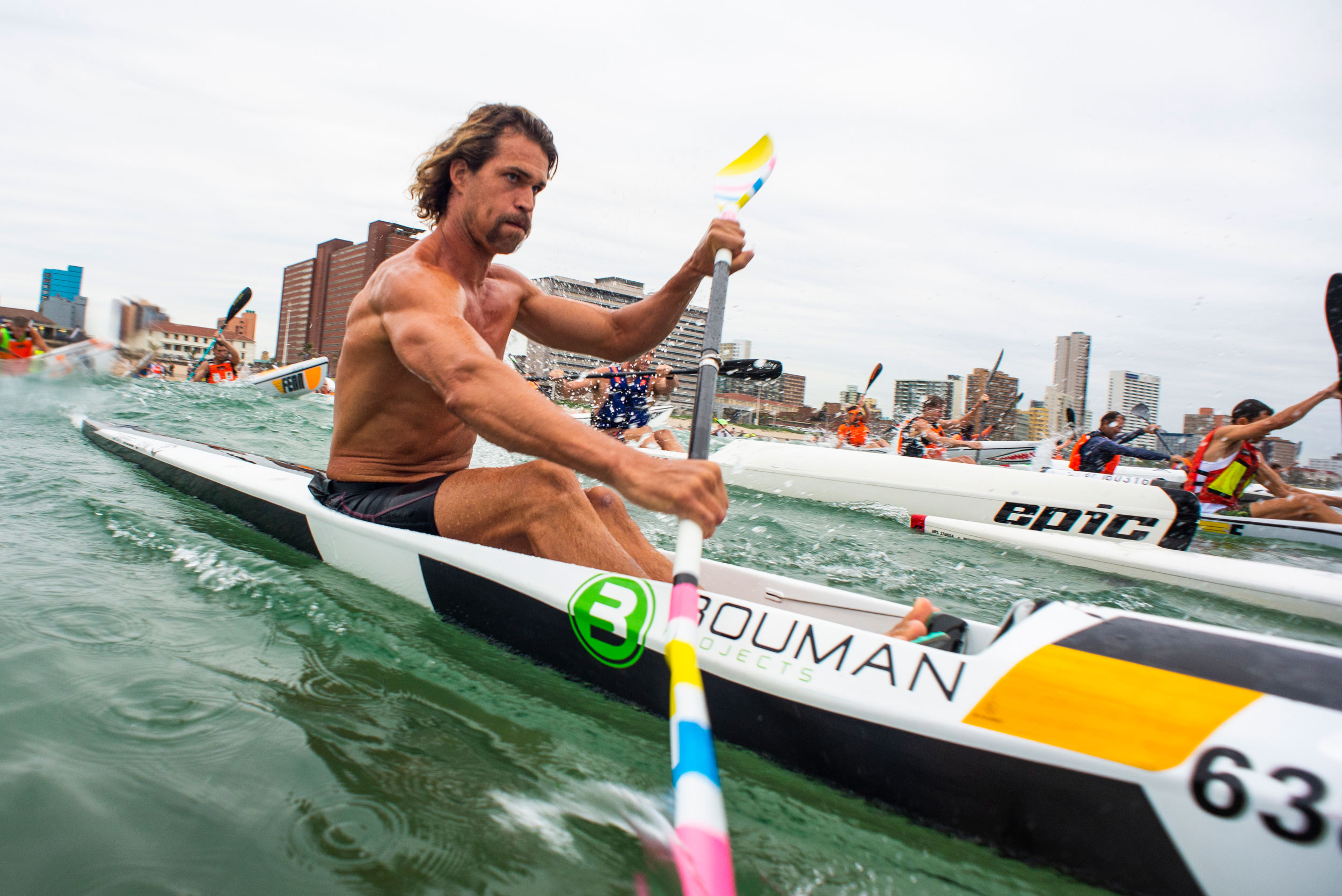 The race for the men’s title at the Dischem Pete Marlin Surfski classic in East London on the weekend took a new turn with the late entry for double former winner Matt Bouman.

The evergreen Umhlanga ace, who won the Pete Marlin in 2011 and again in 2017, slipped in an eleventh hour entry having made a remarkable recovery from a serious back injury that required spinal disk surgery.

“I am just so chuffed to be back racing!” enthused the 45 year old. “I was going so well before the surgery, and thanks to the surgeon who performed the operation I have been able to get to doing what I love.

Bouman has cultivated a long-running obsession with the Border ocean conditions, and says the downwind paddling off East London ranks with the best on the planet.

“I think it has a lot to do with the ocean shelf off East London but when the swell comes in it creates the most fantastic downwind paddling conditions,” explained Bouman.

He is hoping that the weather conditions delivered next weekend allow the race bosses arrange the singles and doubles races to coincide with the optimal conditions for the two events.

He stubbornly refuses to see his paddling in the context of his Masters age group and insist that he will always seek to test himself against the very best athletes.

He has developed a squad of paddlers that he is now coaching, many of whom are poised to ascend the podium in East London next weekend.

“I am so excited for them, and as I was going to be there for them I just thought, what the hell, let me enter to paddle as well,” he mused.

“It has been good for my paddling to be doing the sessions that I have designed for the paddlers I am coaching,” he said. “Left to my own devices I am not sure I would be doing those tough 2000 metre sessions. But my times have been amazing so hopefully I can still mix it with the other guys.

“There is such a strong field entered and there is this amazing respect amongst the top paddlers, all held together by the fact that the Pete Marlin is just sich goof fun, first and foremost,” he concluded.