Both newly crowned surfski world champions Nicky Notten and Michelle Burn retained their titles at the Dis-Chem Pete Marlin on Saturday on a day of high drama.

Capetonian Notten was first to the finish at Yellow Sands at the end of the 22km single ski title decider, repeating his 2019 triumph after surviving a harrowing incident with the finish line in sight. 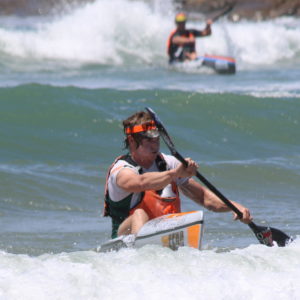 Notten had spent the last five kilometres of the race duelling with Hank McGregor as they approached the final turn around the notorious Kwelera point at Yellow Sands.

“Hank was a little on my inside when we came to Yellow Sands,” said Notten. “People warn you not to take the ‘tiger line’ but it felt like we were on a wave on the outer reef.

“The next thing there was a wide wave that looked like it was going to take us both out and we went into panic stations and tried to get back out.

“I was fortunate because I seemed to get a little bit more of a push from the previous wave and I managed to just get over the first wave.

“The second one I had to punch through and I had a bit of a wobble, but the third one was the biggest one.

“It broke right over me and I had to really pull hard to make sure I didn’t get sucked back and ‘over the falls’,” said the Team Fenn Euro Steel racer.

“It feels fantastic to win against such an incredibly competitive field,” he added. “To be frank it is probably one of my best achievements.”

McGregor was less fortunate and after wrestling with the biggest of the three waves that dragged him backwards towards the reef, he was washed up onto the rocks, and could only watch as three other paddlers came past him to claim the remaining podium places. 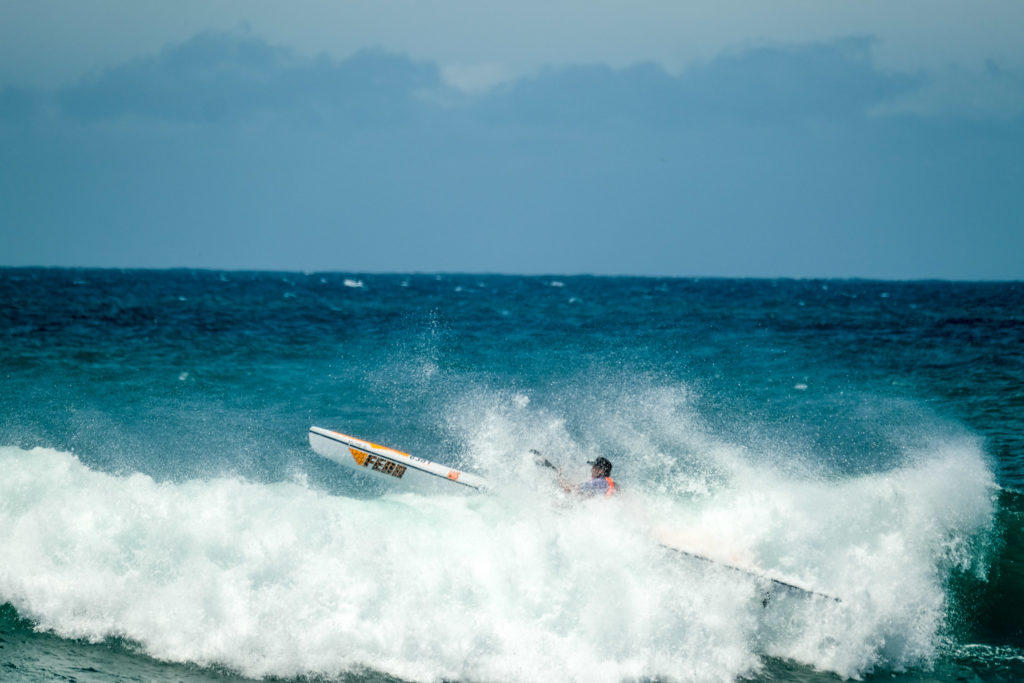 “It is pretty disappointing at the end of a great race to be standing on the rocks with urchins in your feet watching the race unfold,” said McGregor.

The hotly contested women’s title also saw some dramatic developments, with Kira Bester, fresh from her top five finish at the Marathon World Champs Under 23 race, grabbing the silver medal ahead of another Capetonian Candice Murray.

Burn said that the ocean conditions had proved to be tricky with the winds coming at an angle to the race course. 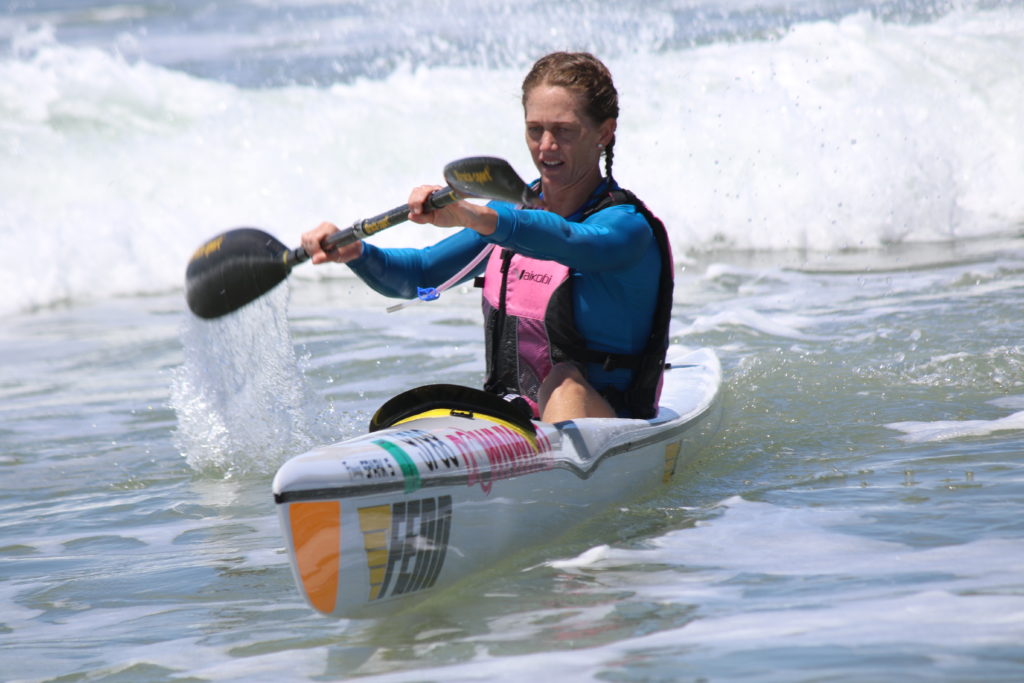 “It definitely was harder than I thought it was going to be today. The wind wasn’t lining up perfectly. It kept pushing me inshore so I had to force myself to paddle out,” she said.

“There wasn’t a lot of downwind so I just had to keep myself going,” she added.

“Kira (Bester) was always on my inside and I kept looking over my should to see where she was until I couldn’t see her any more so I guessed I had managed to get away from her.

“I am super happy to retain my title, especially because there was such a strong female of female paddlers this year.” she added.

The weekend of Surfski action in the Border region concludes with the double ski title decider on Sunday.